In Part 2, we catch up with Distinguished Professor Larissa Behrendt to talk about her journey with Jumbunna Research Institute, strategic litigation, nation building and the University of Technology Sydney. 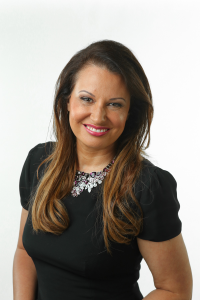 Transcript of Podcast with Larissa Behrendt

I am Distinguished Professor Larissa Behrendt, and I’m the Director of Research and Academic Programs at the Jumbunna Institute.  I came to Jumbunna in 2001 as the Director of the unit, and one of the things that I had wanted to do, when I took on that role was to establish a research unit. And the unit had done consultancy work, but it hadn’t really developed researchers in the way that the academy expected research to be done.  And there was a bit of other work that needed to be done in terms of thinking about Jumbunna’s role, so for example, pulling out teaching from Jumbunna, and putting that into the faculty, so really the two areas of focus for the unit were student services and research. And it was the sort of research that couldn’t be done in faculties because it was community focused.

It probably took us eight or nine years to start to really articulate what being Indigenous led and community led meant. So, it wasn’t something we could just come in in 2001 and say, “I am going to this up.” And I don’t feel like we really articulated our philosophy around self-determination or what it really meant to be led by the community until we worked with the Bowraville community and they really showed us. If we look at what it is that we’re often asked by the community to do, and we want to respond to it, being asked to actually represent them in cases is something that comes up quite often. So, in a way, building the clinic was trying to respond to that need. And Bowraville’s also a good example of that. Of course we were focused on the case, and that in itself was its own set of legal issues, but while we were doing that, we had community members that we were really close to had issues with housing, had issues with Centrelink, young kids getting into trouble with the police. So all of those things actually required us to support them through that kind of extended legal work. And so the idea of strategic litigation was to then start to think about how do we become a circuit breaker? How do we not just defend people who are coming up against these issues, but how do we actually then start to find the cases that hit the issue where we know there’s a problem in the system. So there is that key element to thinking about that.

I feel like, for me, nation building’s almost the flip side of the other stuff that we do. And we’ve had to make decisions along the way about what we do and what we don’t do. Because you can’t be all things to all people. So, we have said that education obviously comes into what we do, but we don’t look at Indigenous education, we don’t do health, we don’t do housing. Unless it cuts into the other stuff we do. But we’ve made a big commitment to the nation building work. And I guess for me it was partly along this line, which was, we had always been interested in self-determination. We’ve done a lot of work on governance structures, have had many grants that have looked at aspirations for regional governance, or looked at aspects of the ATSIC model. So it’s been an interest of ours, importantly.

We did a large research project that looked at what were the factors that explained high crime rates and low crime rates in Aboriginal communities. And in the communities with low crime rates, where there was obviously a correlating strong social fabric, you had usually women with authority that were able to influence the rest of the community. And the communities that had the high crime rates had lost that. Their social fabric had unwoven. And I thought that was a really interesting finding. Wasn’t surprising, when you think about it, but it was always good to see that come out, and the kind of anecdotes you see and hear that support what you know you’ve observed through living in the community. But there were a couple of things that came from that that challenged me. And one was that you could see how important that fabric was, but you could also see what had happened with the Northern Territory intervention that that had been a moment where policy makers, by coming in over the top of Aunties in the community who’d been playing those kinds of roles, were undermining that social fabric in a kind of modern way of destroying Aboriginal communities, a very recent way of destroying it.

But the other challenge around it, was that if you know that that social fabric’s really important and it needs to be protected, and we’re not protecting it enough, the question then hangs in the air, then how do you rebuild it in the communities where it’s been unravelled? And I didn’t really have an answer for that, until I started really looking at what the Gunditjmara and the Ngarrindjeri had done.And obviously the nation building gets a lot of its thinking and analysis from the American model, but, I guess for me, what interested me about it is it’s not about taking what the American tribes have learned and transferring it here. All we take from what they’ve done in the states is the understanding that, if you want to build a self-governance model that works, it needs to have a cultural fit. That’s the one piece of what all of their research there says, that is important in our context.  And that is not something we don’t know ourselves, that is all about our right to self-determination. And our loyalty and fidelity to our own cultural and social values within our communities.

When I saw what was being done by the Gunditjmara and the Ngarrindjeri, those two communities, they’d come from real crisis, and then from their own energy, and their own determination, with no government interference, and probably thank god no government interference, completely as an organic rebuilding of their decision-making structures, I became really impressed with how important that was.The community as a structure started to have processes that engaged the community, an individual who participated in them, even if they didn’t end up getting their own way, but having a voice, and feeling like they had meaningful participation, re-energized them as an individual and helped them with their personal self-determination, and their self-confidence.

So it seemed to me that there’s something really important about that work that is the counter to the child removal, the deaths in custody, and the hard stuff that we work on that really is the continual colonization process of our communities. The resistance to mining is another area. So taking land, taking children, capturing, incarcerating, imprisoning and controlling our bodies. Just classic, that is just still the colonization process right there, and nation building is a decolonizing process.

It’s an exciting time and a challenging time because we have always grown really slowly. And this is probably, apart from when we first established the unit, we’d never really been more than three or four researchers. but one level E professor, researcher. So, it’s always been a small team, and that’s been really, it’s been a real advantage in lots of ways. But then there are also really practical things about that too. Particularly as the projects got bigger. So, then the Northern Territory work around the intervention, and then Bowraville and then starting to get into the child removal issues are incredibly emotionally draining. And while it’s important to be integrating all the elements of film and advocacy and law. It is incredibly draining, and I think it was an important time to realize that actually we needed more leadership. And there’ll be times when all of our work will intersect. I think we all agree, when we all work together on projects we’re stronger, but having said that, individually, each of the team has the capacity to make enormous change in each of their areas.

So, the expansion’s actually been, a big step. We have been doing really good work and they’ve supported us in lots of ways. They supported us to do Bowraville, which we got no money for outside, they supported the film. They took all that risk with us, because they thought it was a good thing to do. This has been a team that’s punched above its weight and really put UTS on the map. And in fairness to them, when the university’s made that investment, into the work we’ve done. But we have really earned that investment. We have proven time and time again. UTS can say, it’s a social justice university. Which it does, but they point to us to do that.

So, I think it’s an interesting time, where we’re ahead of the curve. And you’re absolutely right, the impact statements, the impact and engagement work that the ARC was doing, universities were struggling with the pilot round, “Oh, what does it mean, and how do we talk about it?” And we were just like, “Hello? This is core business for us!” And not surprisingly, work like Bowraville is the sort of case study that gets high impact. It has everything there. Including community engagement before any of the research is determined, because they’re leading it.   It’ll be interesting to see how much the Indigenous approaches might start to influence the academy. And I think that’s a really exciting thing, when you think of the academy’s Western tradition, and the role it’s played, its intellectual role, as part of one of the real institutions of colonization. You know, we’re doing the work the way work in those areas needs to be done, and the fact that it could be changing the disciplines I think is exactly why we need a large number of Aboriginal people at the senior level. UTS has nine professors, we’re building on that. And that’s just the start of what you need for a bit of critical mass.